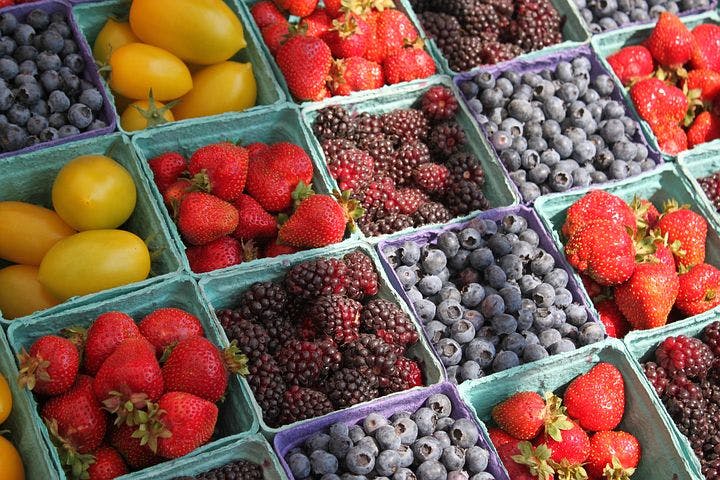 blog/Organic Labeling: What Does It Really Mean?

Organic Labeling: What Does It Really Mean?

Organic food sales are increasing quickly, and according to the Organic Trade Association, 82% of American households buy organic food on a regular basis. As of 2016, U.S. organic sales were almost up to $50 million. Overall, organic foods account for 5% of total food sales in the US, which may be due to stores like Wal-Mart and Safeway that are expanding their selection of organic foods.

The National Organic Standards Board, a group of 15 individuals of different backgrounds, oversee the USDA’s organic label. For produce, the organic label means that there are no toxic pesticides used when growing these fruits and vegetables. Certain synthetic pesticides that have been approved may be used, but only after they’ve been tested and it is understood how they affect health and the environment. Organic meat and dairy means that the animals are raised in an environment where they can naturally behave as they would, are fed 100% organic foods, and are not given antibiotics or hormones.

According to the USDA’s National Organic Program (NOP), producing organic foods can cost from several hundred to several thousand dollars, although it depends on how large the farm is. Additionally, the farmers have to pay for someone accredited by the USDA to inspect the farm and make sure all regulations are being followed. The inspection includes checking the soil fertility, how pests are managed, storage and preparation, and records that document what the farm does and what rules they follow. Additionally, they must do analytical testing on at least 5% of the products certified every year. If an inspector finds that regulations are not being followed, they may have to fix whatever is wrong, or, if it is a serious issue, they may have to be decertified or fined by the NOP.

Although organic farms can potentially receive 75% of their costs relating to organic farming reimbursed by the USDA Organic Certification Cost-Share Program, the overall farming will still be more expensive compared to a conventional farm. The costs for labor are 7-13% higher for organic farms than those for conventional farms. The increased cost of organic farms could be due to higher costs in mechanical pest control (this could be building fences or barriers, weeding, essentially anything that is a form of pest control but doesn’t hurt the ecosystem), higher diversity of enterprises, and creating new marketing and processing techniques.

It is important to know what exactly organic labels mean. While organic has a specific connotation, sometimes these definitions are misunderstood or too vague and don’t provide regulations. According to research, only 26% of consumers trust organic food labels. It is sometimes unclear what is really in organic foods and how it is regulated. Pesticides, which are not allowed to be used in organic foods, often find their way into the organic farms from conventional farms which are nearby. It is hard to fully get rid of these pesticides that are not intentionally added, but accidentally slip in. A study completed by the USDA in 2012 showed that 39% of 571 samples of organic produce tested contained pesticides. This may be surprising, since that is close to half of these samples that claim to be organic that contain pesticides! However, it is important to remember that this was before inspectors were required to test 5% of the produce, a practice that is currently used and helps eliminate this issue.

This may seem confusing, because while there is evidence that organic produce may contain pesticides, there is conflicting research showing that non-organic foods still may contain more pesticides than organic food and may provide a higher risk of certain diseases. Studies have shown that foods produced on conventional farms were four times more likely to contain pesticide residue than products from an organic farm. Additionally, it was found that those who ate a large amount of organic foods had a lower risk of cancer than those who didn’t.

Organic farmers must pay for a certifier, hired from a third party organization that is accredited by the USDA, to inspect the farm and regulations followed. The inspectors are often people who are hired through an independent contractor and might work for several different certifiers. Because this isn’t directly monitored by the USDA, the inspection may not be as high of a standard as you may think. One should look more into what an organic label means before purchasing foods that are considered organic, especially how much it is regulated, what the inspection consists of, and what the product actually contains.

Every year, the Experimental Working Group (EWG) tests which fruits and vegetables have the most and least pesticides added to them. They have therefore created the dirty dozen, produce that has the most pesticides and you should be cautious around, and the clean fifteen, produce that is the “least contaminated.”

However, while it is important to take these lists into consideration, it doesn’t mean that you should only buy organic foods. The dirty dozen list, while naming produce that has higher amounts of pesticides, does not take into consideration the amount of residue on the food, the amount of the food that is eaten, and the level of toxicity of the pesticides. Additionally, the USDA Pesticide Data Program Report shows that 99% of the pesticide residues found on fruits and vegetables, if there at all, are significantly lower than the safety levels provided by the Environmental Protection Agency (EPA). A study showed that choosing organic forms of the produce mentioned in the dirty dozen did not produce a decrease in risk because the amount of pesticides on these produce are so small. Nonetheless, it is important to eat plenty of fruits and vegetables every day, and to vary which ones you eat to get different nutrients from each one!

Source: Alexina Cather, M. (2021, March 15). Is the Organic Label as Valuable as You Thought? Retrieved from https://www.nycfoodpolicy.org/is-the-organic-label-as-valuable-as-you-thought/